Home / Reviews / Casio CDP-130 Digital Piano Review
We hope you enjoy and find value in the products we review. FYI we may receive a small commission if you buy through the links on this page. This does not influence what products we recommend and all our suggestions are made after an independent review process.

The Japanese company Casio are well known in the world of music for their expansive range of digital music products, which includes keyboards, portal pianos, and even a selection of grand piano models. While their range of digital music instruments are impressive one of their most popular products by far is the Casio CDP-130.

So, what makes the Casio CDP-130 so special? There are a number of impressive benefits that come with the Casio CDP-130. It’s relatively lightweight when compared to similar models, comes with 88 keys, variable sensitivity levels, and new sound modes.

At a glance, the Casio CDP-130 is very similar to Casio’s earlier model the CDP-120. The CDP-120 was by far one of the most popular digital keyboards on the market and it was likely one of the first instruments many people practiced on.

With a well-loved and high-quality instrument as its predecessor Casio certainly had a difficult task ahead of them when creating the next model. Thankfully the CDP-130 takes inspiration from the CDP-120 and rather than being dramatically different it builds on the success of the earlier model to create an even better musical instrument.

The Casio CDP-130 is still very much an entry level instrument but it does have some more advanced features so even more advanced players will still be able to use it. It might look similar to the earlier CDP-120 but internally they are very different instruments. Let’s take a look at some of the main areas you need to know about before deciding whether to buy a CDP-130. 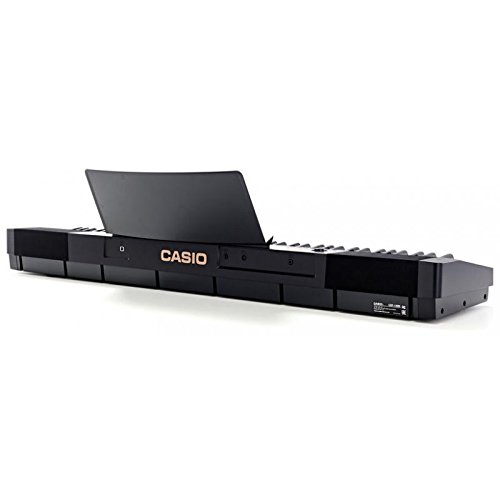 Design wise the Casio CDP-130 looks very similar to the earlier CDP-120 model, they are made from many of the same components after all. The main control panel or dashboard on the instrument features all your main controls including the power button, demo key, and volume controller.

All the jacks are on the back of the instrument and you have two different finishes to choose from silver and black. Visually the it looks very much like the CDP-120 but internally it’s a very different instrument. 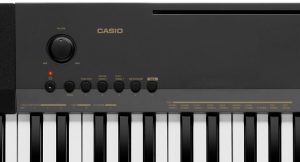 You certainly get a lot of impressive features with the CDP-130. Let’s take a look at some of the main ones.

So, that’s a list of all the main features of the CDP-130. It’s perfect for beginners but also has more advanced features which even more experienced piano players can also utilise. It also features new exclusive sounds and modes and is ideal for live concerts.

So, Is It Worth Buying?

The Casio CDP-130 has plenty of impressive features and while its design and build is nothing overly revolutionary it will likely be familiar to people who have used the earlier models. It features enough new features to make it worth the upgrade from earlier models but is still a perfectly viable choice for beginners as well.