Home / Reviews / Yamaha Arius YDP-S52 Review
We hope you enjoy and find value in the products we review. FYI we may receive a small commission if you buy through the links on this page. This does not influence what products we recommend and all our suggestions are made after an independent review process.

With a stylish body and exceptional sound replication, the Yamaha Arius YDP-S52 Digital Piano is a fantastic digital piano that will appeal to a wide scope of players.

The build of the YDP-S52 is one of the first things you notice. A sleek and smooth design showcases the quality build of the digital piano, with two attractive finishes available including black walnut and white wood, making it that bit easier to fit with your current décor scheme.

This produces a very similar feel and design to a traditional grand piano, which was intentional on Yamaha’s part and is done to great effect – this very much feels like a grand piano. This is a fantastic feature that will certainly be appreciated by experienced players. Digital pianos are quietly closing the gap between acoustics, and with features such as graded hammer action, it’s easy to see why.

Not only that, but the YDP-S52 is designed to easily replicate those amazing sounds produced by a grand piano.

There are three pedals included, with a sostenuto, soft, and sustaining pedal allowing for a range of effects just like with a grand piano. Of course, being a digital piano, you expect some impressive sounds built-in, and the YDP-S52 certainly delivers on that front too.

There is a total of 10 voices programmed into the piano, including three traditional piano sounds and a collection of seven other sounds, allowing the player to produce a wide range of sounds and tones. There is a great balance to sound, thanks in no part to the impressive 40W power going through the speakers.

The sound has brilliant clarity that is certainly going to impress professional players that want to reproduce perfect note time and time again. Another impressive aspect of the Yamaha Arius YDP-S52 is the connectivity. Compatible with various mobile devices, including the iPhone and iPad, you can greatly increase the functionality of the piano when connecting to a device and using applications.

In fact, it allows you to have much more stream-lined control when playing, with the ability to switch between a variety of performance options by simply hitting a few buttons on your phone. There are plenty of great apps worth trying out, with each one allowing you to get even more from the piano, whether it’s writing, recording, or sampling various genres of music. 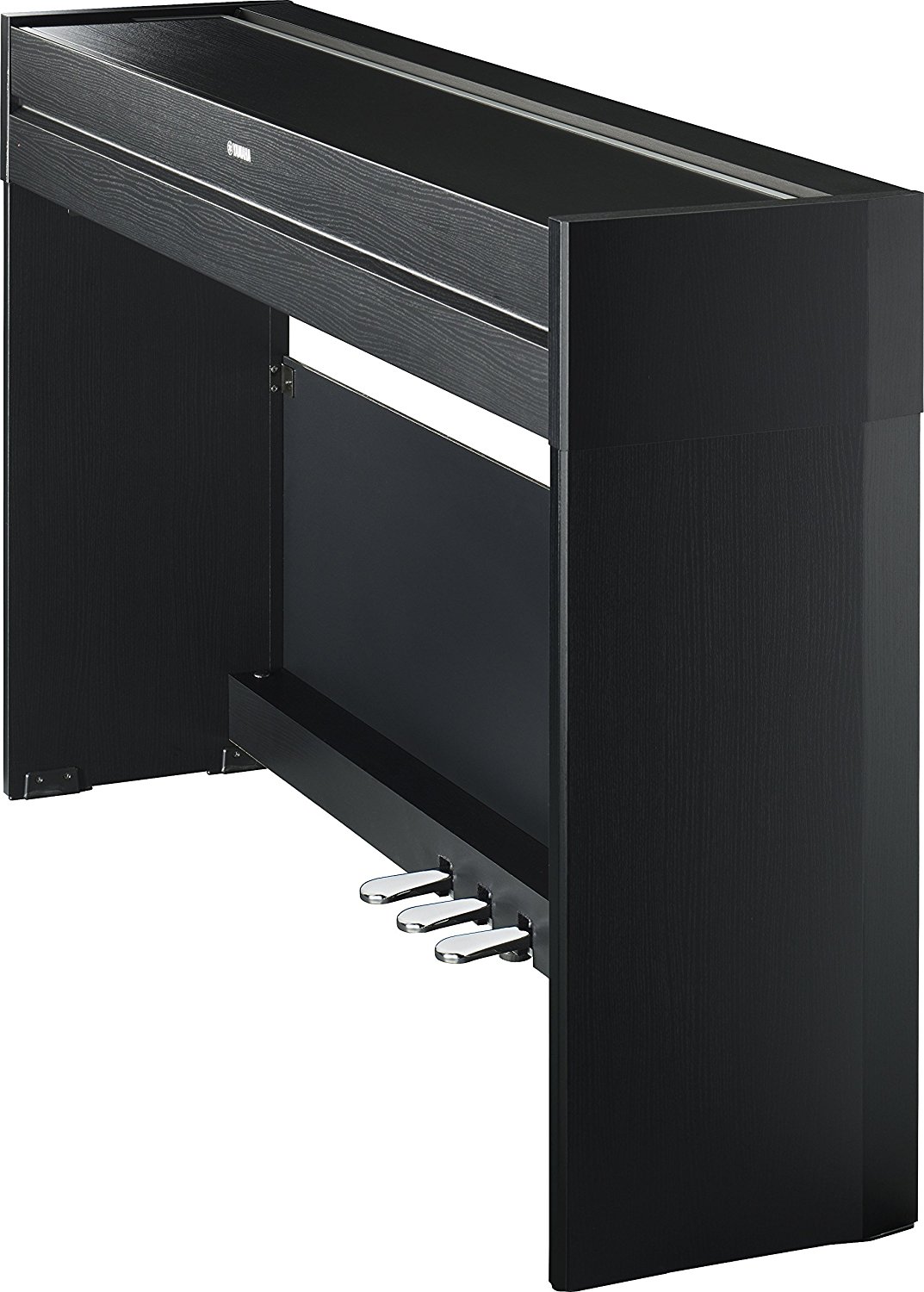 The piano comes with 900KB of internal storage, meaning you can easily record samples and songs to transfer onto a computer device for editing. There are two stereo output jacks as well, allowing the piano to be connected to a range of speaker systems, including headphones.

Speaking of headphones, the YDP-S52 includes Yamaha’s unique Stereophonic Optimiser function. This adjusts the spacing of sound and separation when playing through headphones, providing a much more spacious and authentic audio playback. Other cool features include dual and duo modes. Dual-mode allows two voices to be combined in a single passage to create layered sound.

Duo mode involves two players playing separate sections of the keyboard, which is divided up into identical halves. Both features are great fun, allowing you to do a lot more with the YDP-S52 than simply practicing and performing. Practice in style or enjoy a duet or two with your fellow pianists!

The YDP-S52 also features a useful recording feature. The built-in two-track digital recorder allows the player to record two separate tracks and then play them back simultaneously.

Not only that, but you can easily adjust various settings between and after recordings, including voice options, tempos, and more. This means you can produce a huge variety of recordings using the YDP-S52.

It’s a versatile feature that you can have endless hours of fun using, while it’s a great feature for song-writing and creating your own unique sounds. The Yamaha Arius YDP-S52 is a fantastic digital piano in every sense. For the price of the model, it offers some of the best sounds you will find, and it’s a good option for beginners and experienced players alike.

This is a wonderful sounding digital piano that feels as close to an acoustic as you can get at this price range. A host of cool additional features round out an already great digital piano, and one that is well worth investing in.

Check out our reviews of other Yamaha digital pianos below.